My Life as a Western 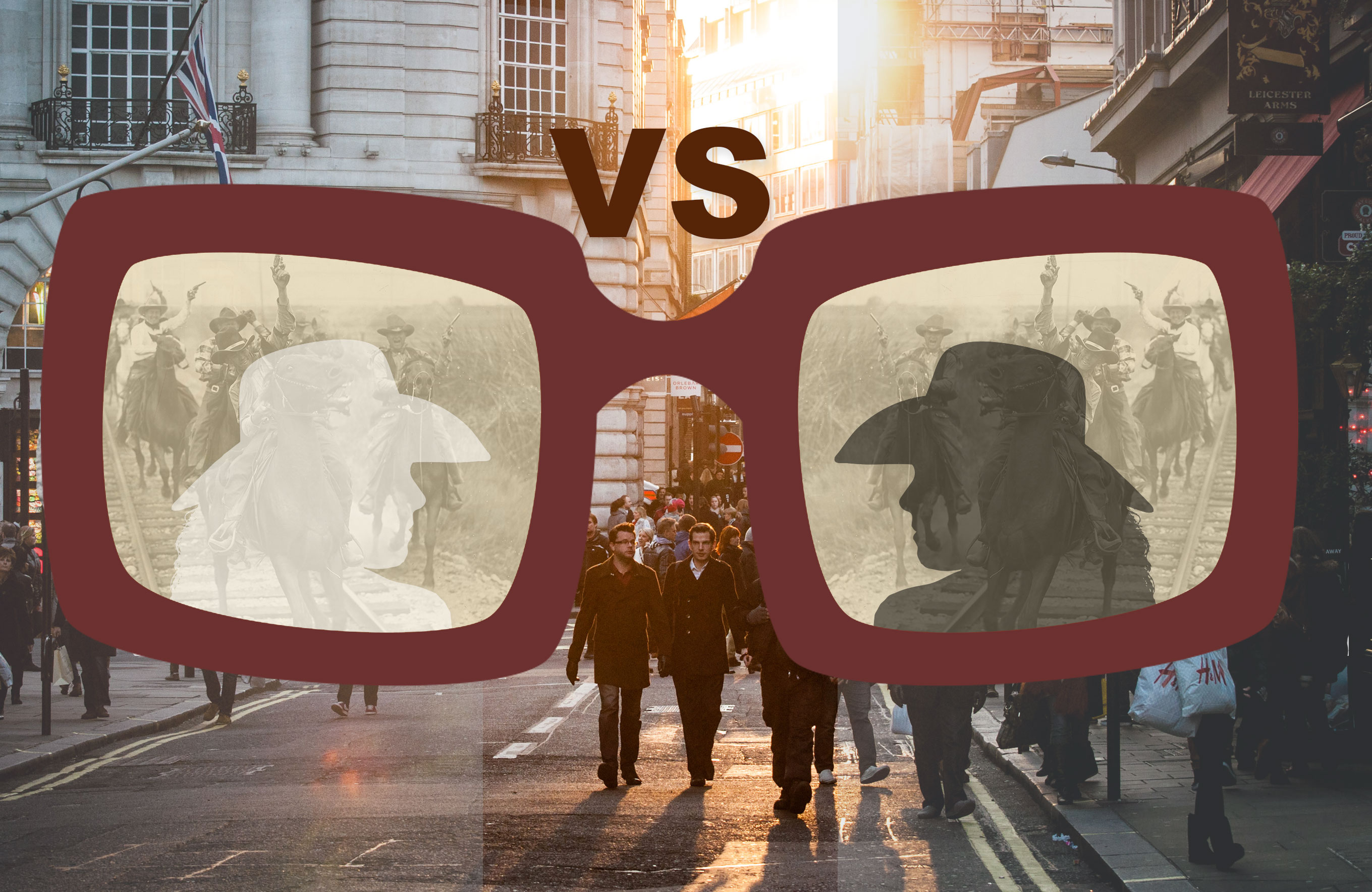 One day, some years back, I awoke from a daydream to realize I was living in a black and white western of my own creation. There were no tumbleweeds or partners named Wyatt and, though I hadn’t managed to magically learn to ride a horse, I was nonetheless in a tale of heroes and villains.

In my head people wore white or black hats just like the TV matinees of my youth. There were only two types of people in my philosophy: good and bad. The trick was to tell one from the other.

I, being the hero of my own story, was of course a “good guy” so mine was the nicest of the white hats. Since I was such a good hero I bestowed white hats on most of the people I met but, there were a nasty few deserving of black hats.

There were those who had shunned me, that mean teacher in the fourth grade, and of course all those nasty bigots and racists. They were the worst and so they received the blackest of hats.

Now, living in a western is not nearly as thrilling as it sounds. There are no bloodless shoot-outs, villains are not as easy to spot as you might think. And, nobody will tell you this, but self-righteousness is exhausting. Being endless right is not for the faint of heart.

In time I awoke from this view of the world. When I did I realized life is not a western.

Here’s what I came to believe. Every life is a story and every story has a hero. If you are the hero of someone else’s story chances are you are miscast. Each individual is the heart of their own tale, they are not your villain. Life, unlike westerns and super hero movies, doesn’t have villains. Life has people. People behave well or, people behave badly but, they did not arrive on this earth to play villain to your hero.

As I matured into this point of view, I learned something else. Without the black and white of the western it was difficult to blame others or shoulder my burden of rightness.

And then, something quite miraculous happened; a little light broke through.

Maybe, just maybe, my point of view wasn’t the only one. Maybe right OR wrong hid something greater. Maybe life was more of a Technicolor Easter Parade with endless variety, more possibility. Suddenly, I felt like the Grinch at the end of a holiday special.

I grew, my heart grew, and I left the westerns of my youth where they belonged. Besides I look fabulous in black.

Ron Wheatley is a creative artist and coach. A Muppeteer wannabe from way back, Ron is co-founder of Hupdaditty and owner of www.ronwheatley.ca A web media professional for ten years, Ron recently launched www.ericmaiselsolutions.com with Eric Maisel. Ron hates selfies, rude people and phones that go off during theatrical performances. He prays for wisdom and laughs at the amount of nonsense he spoke in his youth. Ron struggles to be busy in the laziest way possible and when he’s not working or sleeping, he enjoys cartoons, politics or binging on Coronation Street.