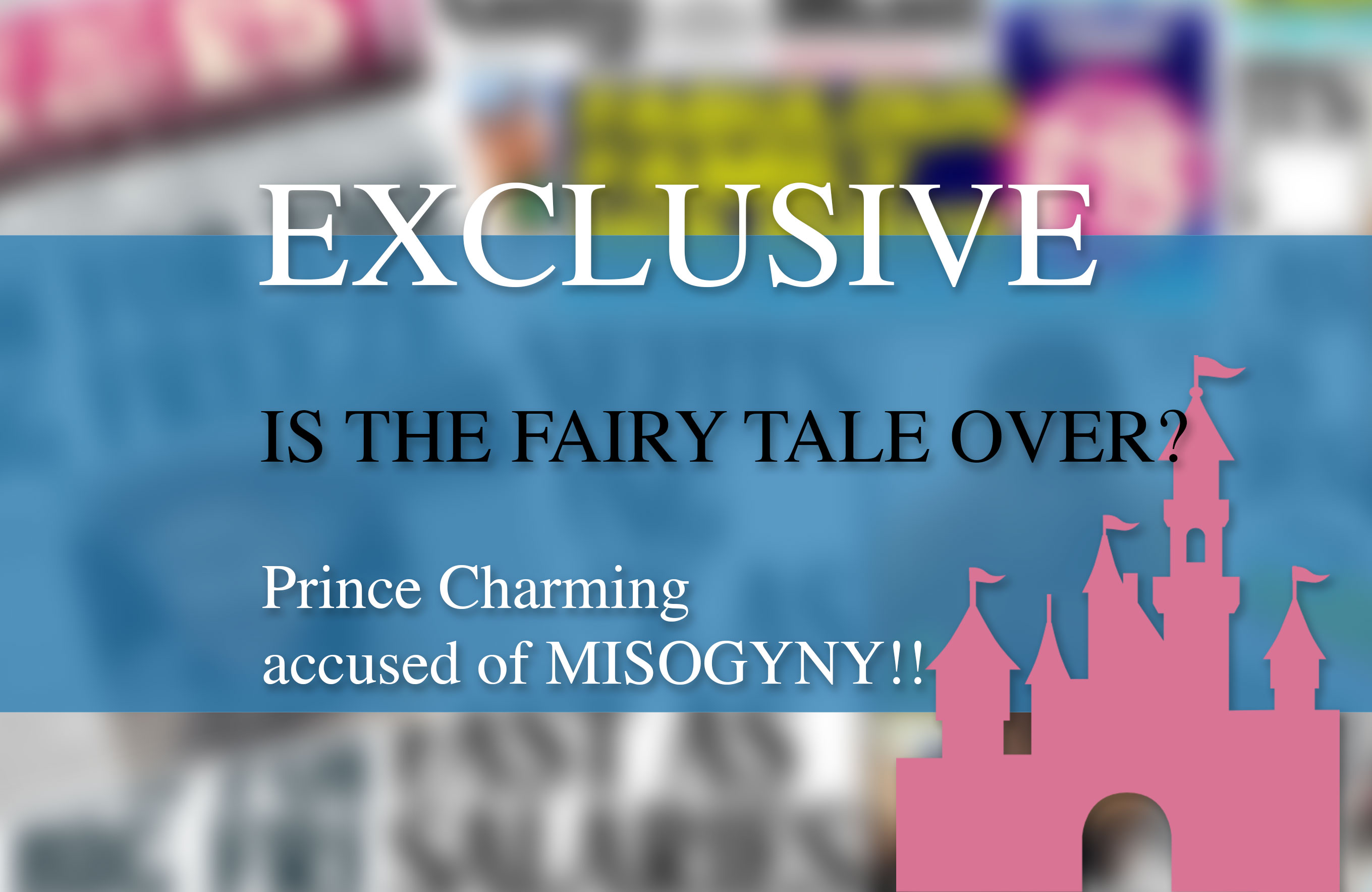 Prince Charming, of fairytale fame, was accused today of twelve counts of misogyny and four counts of fraud. The popular prince, who has been described as a serial rescuer, is refuting the allegations.

“Look, I love women. They love me. Women can’t help that and I can’t help being me,” said Charming, “A princess wants a prince, that’s the way the world is.”

The Prince, who has entered a treatment facility in the past for his compulsive rescuing behaviour, doesn’t believe he’s done anything wrong, again.

“I never asked to rescued,” said Rapunzel “In fact it was less a rescue and more of a kidnapping. He never once asked for my point of view and he was gone the moment the deed was done.”

When asked about Repunzel’s and others’ remarks the Prince called them, “Liars. I’m a celebrity and they only want a piece of who I am. It’s sad, really.”

In addition to the sexism claims, fraud charges have been levelled by four princesses who say they rescued themselves and Charming took the credit.

“Rescue? That’s not how it was,” says Cinderella the former Mrs. Charming. “I am my own woman,” claims the popular running shoe designer. “Don’t believe what you read, ladies. The Charming Royal Family owns a huge publishing conglomerate. They control the story but they don’t own the truth. Remember, just because a story is old doesn’t mean it’s accurate. Trust yourself, girls. I’ve learned, a princess who NEEDS a prince is a women due for some serious “me” time. Stand together.”

Snow White also had a message for would be princesses,”Need help? Dial 911.”